Born in Vancouver on June 18, 1945, John Keith Harrison, author of nine books, died at his home on Hornby Island on April 10, 2019. As a well-liked and respected professor of English and Creative Writing and Journalism at Vancouver Island University for 22 years, Keith Harrison was honoured by VIU as Academic Emeritus upon his retirement from teaching.

Keith Harrison grew up on the West Coast and studied at UBC, where he took a creative writing course from Earle Birney. He played for Canada’s National Field Hockey team and he graduated with an Honours English degree in 1967. He moved to California, receiving an MA from Berkeley in 1968. Returning to Canada, he completed a Ph.D (Dean’s Honours List, 1972) at McGill University, writing on the works of Malcolm Lowry. For nearly two decades he lived and worked in Montreal, teaching primarily at Dawson College. 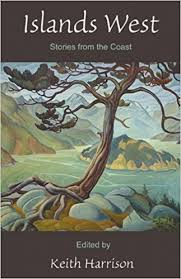 Primarily a fiction writer, Harrison wrote a group of stories, Crossing the Gulf (1998), which contains a piece that won the Okanagan Short Story Award, and he edited an anthology of short fiction, Islands West: Stories from the Coast (2001).

His five novels are Dead Ends (1981), a tale of two cities, Vancouver and Montreal; After Six Days (1985), about a pair of contemporary couples; Eyemouth (1990), set mainly in Scotland during the French Revolution and its aftermath and taking the form of letters; Furry Creek (1999), a documentary fiction exploring the life, death, and art of Pat Lowther; and Elliot & Me (2006), a doubled-voiced narrative about a mother and her teenaged son.

Keith Harrison’s ‘non-fiction novel’ Furry Creek: A True-Life Novel (Oolichan, $17.95) is a hybrid of court transcripts, letters, literary criticism, poetry, ‘quasi-biography’ and shards of autobiography described as literary archaeology. It investigates the murder of the poet Pat Lowther by her husband and also pays homage to her life and work. Harrison first encountered Lowther’s writing while teaching poetry at Dawson College in Montreal, prior to Lowther’s murder. At the time he was drawn by her West Coast imagery. The attraction to Lowther’s poetry remained at the exploratory heart of Furry Creek 25 years later. “The first piece I wrote about her appeared in Canadian Literature,” he said. “At the time I didn’t want to resolve things into clean sentences and shapely paragraphs. I wanted to stay close to the words, to the sounds of the words. As a scholar and as a novelist, I wanted to bring her life and her place into some kind of resonance. I wanted to write something that would be respectful of her work, but would also be a jumping off place for my own.”

Harrison went to the Vancouver Court House to get trial records and was surprised to learn that not all court records are kept and, if they are kept, they are not available to the public. He wrote a letter to Chief Justice Dohm requesting access to the Lowther transcripts. Beth Lowther was visiting Judge Dohm at this time, trying to get access to a rare photograph of her mother. Judge Dohm passed along Keith Harrison’s phone number and Pat Lowther’s daughter, Beth, got in touch. “I had intended not to contact the family at all,” said Harrison. “Partly I didn’t want to invade their privacy and partly I wanted to retain my independent view of things. But Beth Lowther was enormously generous. And so was Christine Lowther. The estate gave me permission to quote from Pat Lowther’s work. It was a real turning point for me. The end result is a mediated biography of sorts. Now we have this remarkable second wave. We have gone from silence about Pat Lowther for over a decade to all this activity. So silence doesn’t necessarily mean neglect; sometimes it can mean gestation.” 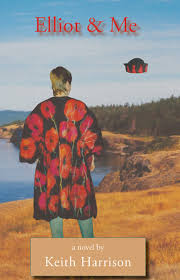 According to Oolichan Books, Harrison’s novel Elliot & Me is “a tender, funny, moving double narrative about two people who don’t understand each other. Elliot is a bright, reckless 17-year old who has just quit school late in his graduating year. Megan, his mother, is a woman who is haunted by the death of her father while she was ‘traipsing’ through China, and is tired of being viewed as a beautiful work of art. The threatened return of Elliot’s father, Jack, a huge American ex-ballplayer, causes Megan and Elliot to flee from their home in East Vancouver to Hornby Island. Here, in an idyllic and very photogenic setting, this displaced odd couple–an angst-ridden, vibrant, self-destructive teenager and his inwardly questing mother whose physical loveliness makes her a target for other people’s dreams–experience a highly consequential summer.” 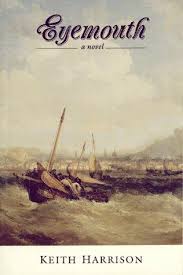 Harrison’s 1990 diary-style novel Eyemouth recalls a maritime disaster that killed his great-grandfather who lived in Eyemouth, Scotland. Nineteen years later Harrison was invited to Eyemouth as a featured speaker for the town’s literary festival. Eyemouth was described in The Montreal Gazette as “an audacious work of art.” It was a finalist for QSPELL’s Hugh MacLennan Fiction Prize and chosen by Mark Abley on Montreal CBC radio as Book of the Year. In an essay about Eyemouth, he wrote, “For me, the writing of a novel has affinities with my ancestral traditions of fishing. Repeatedly, you go out into the wet cold dark, float around, steer a little this way, then that, bait the hooks with numb fingers, try not to fall overboard, a big wave washes over you, you try not to lose your footing, feel chilled and taste too much salt in your mouth, but still hope to catch something, or at least make it back to shore safely.”

Keith Harrison’s understated love story, The Missionary, The Violinist and the Aunt Whose Head Was Squeezed (Oolichan $18.95), is a non-fiction work braiding more family history, travel writing and cultural anthropology.

His ninth and final book was a scholarly study, Shakespeare, Bakhtin, and Film: A Dialogic Lens (Palgrave Macmillan, 2017), a study of Mikhail Bakhtin who, while living under Stalin, according to Harrison, “developed bold ideas about the carnivalesque, dialogue, and the chronotope.” Harrison made use of these concepts to help illuminate the creativity behind the global proliferation of Shakespeare on screen. 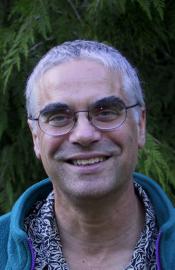