#365 The texture of daily living

New from Victoria poet is Narrow Bridge, a collection that Christopher Levenson finds “humane, honest, well-crafted, and keenly aware of the outside world.” Pelman takes the reader on a walkabout to Italy, Portugal, Sweden, and Germany. “What makes these poems valuable,” concludes Levenson, “is the way that they capture the texture of daily living.” –Ed. 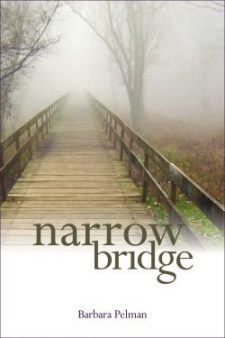 This was a difficult book to review. The problem arises partly because of its organization, which compels the reader to wade through many poems that come across as travelogues, powered by longing or nostalgia for vacations and relationships, past and future, before reaching the second and third sections, where Barbara Pelman deals more directly with issues of family, the death of parents, faith, and her Jewish heritage.

Most of the opening section exudes generic memories and souvenirs – “a story in her pocket, something to tell her friends” — with the dominant tone: bright, upbeat, knowing. It is also, alas, predictable. Thus, in “First Lesson,” when we read:

Do you remember when we met,
my first class in Italian, that college summer
and your first time teaching

we are hardly surprised to be told “your lips are trembling roses,” and to find in the concluding lines:

I will fill your mouth
with the only words I know: grazie. bella. Ti amo.

Even for a writer as skilful in controlling cadence and melody as Pelman, there is only so much mileage to be gained from such exercises in self-indulgence, glamour, and disillusion. 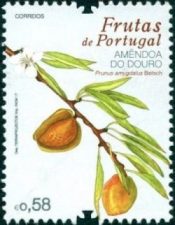 Gradually, though, the tone diversifies and darkens. When the poet visits a dying teacher in a hospice, she observes “your grandchild learning to speak,/ while you learn silence,” while in “Almond,” having enumerated all the reasons why a married couple, vacationing in Portugal, might be as happy as they appear, she concludes by asking:

Behind the walls, courtyards
full of secrets and bougainvillea.
And did the almonds blooming in winter
bring comfort? I think of their bitter core.

So too “Caravan,” which starts exotically, delving into her Jewish grandmother’s history “of pogrom and romance,” and goes on to query the way that as a poet she juxtaposes details of herself and embellishes what she is told at second or third hand.

Similarly in poems like “Psalm,” where she is visiting her daughter’s family in Sweden, in “Oresund,” or in “Evening Phone Call” (to her hundred year-old mother), we find a bracing acceptance of the inevitability of change, loss, and misunderstanding:

Each time we talk
I haul up a bucket of yesterdays, my tongue
stuck on stories I never completed, the ones
I need to mend, edit and rewrite.
Too late now, she doesn’t remember
even the ones I just told her.

If such stories hardly constitute new poetic territory, nevertheless they are humane, honest, well-crafted, and keenly aware of the outside world, whether it be “the plastic island the size of Texas/ floating in the middle of the bright Pacific,” or the ambivalences of everyday life. In “Walking the dog,” for instance, the poem that starts the third section — after evoking a normal suburban evening, when the poet and her companion pass another couple at whom “we smile/ as if we knew each other” — Pelman proceeds to deconstruct other hypothetical situations, ending with “as if behind our painted doors/ we had everything we ever thought we wanted.”

A tentative, conditional mood pervades many of these poems. Take “My mother’s wedding,” where the concluding lines — “under his feet/ the smashed glass, the Temple destroyed and rebuilt, / their years ahead” — symbolically project the private ceremony into the public, political sphere.

So too, in “As if we invented love,” Pelman movingly achieves a kind of double vision, seeing herself and her lover first through younger eyes and then through those of an older woman bystander, as it were (fore-)seeing themselves as an elderly couple:

I knew…
we would walk down streets like this,
at midnight, at dawn, your arm on my shoulder
walking stick in one hand,
eyeglasses glinting in the winter sun.

What makes these poems valuable, then, is the way that they capture the texture of daily living. Typically, as in a prose poem about visiting Berlin, they start from closely observed particulars then, while refraining from overt commentary or any artificial balance, Pelman fills in historic background — in this case “The Wall, and before that Kristallnacht, the Nuremburg Laws,/ the trucks, the trains.”

Heads together, bending into each other.
They are a world. Outside the world breaks.
She cannot read the news while she is with him.

While I cannot help feeling that for the book as a whole less would have been more, I was happy to see how the earlier “knowing” poems had morphed into nuanced understanding poems towards the end.

Born in London, England 1934, Christopher Levenson came to Canada 1968 and taught English, Creative Writing, and Comparative Literature at Carleton University from 1968 to 1999. He has also lived and worked in the Netherlands, Germany, Russia, and India. He has written twelve books of poetry, the most recent of which is A tattered coat upon a stick (Quattro Books, 2017). He co-founded Arc magazine in 1978, was its editor for the first ten years, and was for five years Series Editor of the Harbinger Press imprint of Carleton University Press, which published exclusively first books of poetry. He has reviewed widely, mostly poetry and South Asian literature in English, in the UK and Canada. With his third wife, Oonagh Berry, Christopher moved to Vancouver in 2007 where he helped re-start and run the Dead Poets Reading Series.