The Plague
by Kevin Chong 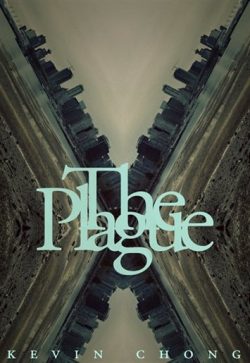 A 1947 modernist novel by an existentialist French philosopher set in a dusty Algerian town?

This sounds like an improbable inspiration for a story about glittering 21st-century Vancouver, but Kevin Chong manages to “cover,” as he describes it, Albert Camus while delivering an entertaining riff on his current home.

Camus’ 1947 The Plague used a doctor, Bernard Rieux, to narrate a parable about the rise of Nazism and the recently ended occupation of Europe. His writing typically reflected on the “Absurd” — his belief that the universe is indifferent to the fate of humans who nevertheless seek order and culture to give meaning to their lives.

It is Kurt Vonnegut’s “Church of God the Utterly Indifferent” (from the Sirens of Titan, 1959) without the laughs.

Channeling Camus, Chong also uses a doctor named Rieux as one of his principal Vancouver characters but gives him a mother from Hong Kong and an avid cycling hobby. The rest of his dramatis personae equally reflect Vancouver’s multicultural milieu. They include Raymond Siddhu, a journalist who is lured to work for a sensation-seeking e-zine because his print publication is dying; Janice Grossman, a sometime book publicist who has a day job as a tour guide; her client Megan Tso, an author from LA who has written a bestseller about death and becomes marooned in Vancouver on a book tour; and Judge Jeffrey Oishi, kicked out of his house by his wife who “prefers dying alone.” In an interview accompanying the book’s release, Chong noted the diversity of his characters compared with those of Camus, who were “White European males in a country largely populated by Arab and Berber populations.” 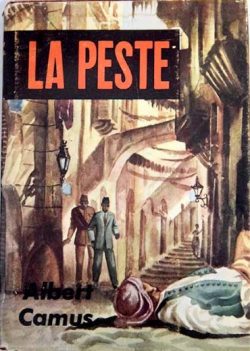 The major Anglo-White character is Mayor Romeo Parsons, an amusing lampoon of current Vancouver Mayor Gregor Robertson. Parsons made a fortune in real estate but is determined to give it and a lot of tax money to an antipoverty program. Another is a mysterious, wealthy businessman named Graham who lives in a beachfront mansion and wants Tso to help build a crypt and monument to himself in the Canadian Arctic.

The set pieces are very Vancouver and fun to read. Some of the action takes place in an unnamed hotel, modelled on the Sylvia at English Bay, where several of the characters shipwreck for the duration of the epidemic. The apartment building managed by Janice Grossman is another rendezvous, as is Rieux’s walk-in clinic in “The Annex” — a gentrifying condo area on the edge of the desperately poor Downtown Eastside.

To introduce most chapters, Chong adopts a Camus-like detached narrator’s voice. The plague itself arrives almost incidentally into the story — dead rats on the street, a book promoter who’s come down with the flu, the casual statement that “there’s something going around.” With the title of the book being what it is, it’s hard to create a sense of surprise or unease, and the intoned style — such as “Months later … when the city had been quarantined and she had seen people seriously ill … Tso remembered the restlessness of her first night with yearning” — jars the reader out of the quickly paced, witty, conversational tone and present tense of the main narrative.

As the story progresses, the city is quarantined at Boundary Road behind “barbed wire fences and outposts manned by camouflaged men in body armour with assault rifles.” The characters settle in and wait while cafés, sidewalks, and buses empty.

Siddhu the journalist wants to get back to his suburban home, children, and ailing marriage, but is also determined to witness the epidemic and write The Big Story.

A “European-Canadian rights” group stages a rally to focus blame for the plague on immigrants. It turns into a riot, allowing the narrator to reflect on hockey, labour, and race riots in the city’s past.

The plague continues through a long, cold, winter, and a few of the characters sicken and die gruesomely, while others mobilize to help each other and the less fortunate. Rumours of a vaccine begin to circulate. A group of them form a Sanitation League and, at great personal risk, scrub and clean and help. Here is Camus’ nobility of the individual — people acting collectively and selflessly despite the ultimate absurdity of their lives.

Near the end, as the vaccine begins to work and springtime arrives, the narrative tone lifts to describe the elation of people who are able to resume their normal lives. When the quarantine ends, Siddhu and Tso “embraced with the gusto of people who no longer worried that physical contact could kill [them].” A symbol of rebirth, a transient pod of orcas passes through Vancouver Harbour on the final afternoon just as Tso is preparing to return to Los Angeles.

While reading, I was reminded of Wilkie Collins’s alleged advice to suspense writers: “Make ‘em laugh, make ‘em cry, make ‘em wait.” But that isn’t what the author is trying to do, apparently preferring the allegorical voice-over of Camus’ style and leaving the identities of the narrators, who turn out to be two of the principal characters, until the end.

This is a “semi-documentary” style also seen in some noir films of Camus’ time such as Naked City from 1948, the year after his Plague was published. Here are other examples: “From this point on in our story — until the chapters near the end of our narrative — the experiences of our principal figures become more deeply entwined.” and “The authors of this account debated the inclusion of this passage.” To me it seemed affected.

Nevertheless, the story is good and the writing entertaining, with no need for the gymnastics of intertextuality. One pleasure is having it set in Vancouver. Chong has said: “Having lived here almost all my life, I find it hard to imagine characters in other places. I have tried other locations, but those stories felt secondhand.” No one would even ask him that question if he had set it in a “World City.” I hope readers in the Torontos and New York Citys will not ignore it because of its location.

Michael Kluckner is a writer and artist probably best known for his 1990 book Vanishing Vancouver and its 2012 sequel, Vanishing Vancouver: The Last 25 Years (both Whitecap Books). He was the founding president of Heritage Vancouver and chaired the Heritage Canada Foundation, and is currently the president of the Vancouver Historical Society. He has recently turned his creative attention to graphic novels, including Toshiko (Midtown Press, 2015), which dramatizes the Japanese-Canadian experience during the Second World War, and 2050 (Midtown, 2016), a graphic novel and murder mystery set in the ruins of Vancouver twenty years after the war and plague of 2028. His most recent work is a graphic biography of the writer and First World War hero Julia Henshaw.