by Joel Solomon with Tyee Bridge 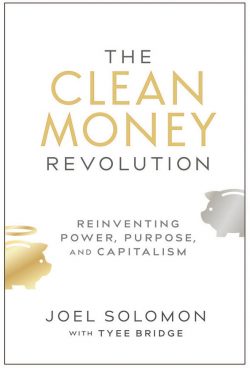 Born in Tennessee in 1954, Joel Solomon was educated at Vassar College, worked as national youth co-ordinator on Jimmy Carter’s election campaign in 1976, and apprenticed with his father’s real estate development business before moving to California in the late 1970s to study organic gardening.

He came to B.C. in 1980, spending six months on Cortes Island before moving to Hanson Island, near Alert Bay, where he lived for three years as caretaker, gardener, and assistant at OrcaLab, a marine research station.

In 1984, the same year he inherited $3 million from his father, he became a partner in what is now Hollyhock Lifelong Learning Centre on Cortes Island. He moved to Vancouver in the same year.

Styled “the business guru for B.C.’s new green left” by Vancouver Magazine in 2009, Solomon has been involved with the Tides Canada Foundation, the Endswell Foundation, and Renewal Funds Management Company, an investment firm.

Part of what some have dubbed the “Hollyhock mafia,” Solomon is best known for backing a young organic farmer named Gregor Robertson, whom he met on Cortes Island in 1993.

He invested in Robertson’s Happy Planet organic brand, supported his election as an NDP M.L.A. in 2004, and backed Robertson’s successful run for Vancouver City Hall in 2008.

In the 1960s, civil rights, anti-war, and ecological activists combined to produce a cultural moment within North America that continues to bear fruit. In the US, the 1967 Summer of Love produced a culture of anti-establishment music, racial desegregation of schools, the asphyxiation of America’s appetite for the Vietnam War, and an ignominious end to the Nixon Presidency.

In Canada, in addition to anti-war activism, the 1960s produced the start of single-payer universal healthcare and, in Vancouver, the formation Greenpeace.

These networks of nascent ecological and political activism were also formative for young Joel Solomon, who left Nashville to find his home in California and ultimately his calling as a “mission investor” on the B.C. coast.

With The Clean Money Revolution, Solomon has written three texts in one book. The first is a compelling autobiography of a successful investor from Nashville who obviously loves B.C. and has contributed greatly to the development of better ecological and economic policies within the province. The second is a collection of interviews with critics of corporate capitalism who have found strategic ways to counter the ecological damage perpetrated by corporations through both corporations and foundations of their own. The third is a passionate and detailed argument about how conventional ways of doing business have to be reformulated to protect and grow the health of our collective ecology in addition to the economy.

These textual themes invite emotional investment in his argument, which is backed up by his own years of experience as an activist investor and friend to people who have put serious money into socially progressive enterprises. The book is designed to appeal to both greed and social justice — and therein lie both the problem and its promise.

By any standard, this book is a structural mess owing to its three consecutive texts, but it is a big, beautiful, mess. It invites you to an intellectual seduction with the promise of clean money — and tries to convince you that this is possible. I found myself tensing up on one page and feeling hope just a few pages further in. The autobiographical side is compelling because it is uplifting to read the reflections of an author who, despite undergoing a kidney transplant, has lived a full, meaningful, and engaged life.

If because Solomon has been friends with the founders of Greenpeace, Hollyhock, TIDES and Ben and Jerry’s Ice Cream, it becomes even easier to enjoy and forgive yourself for the vicarious enjoyment of their power and wisdom.

Solomon’s interviews are with people whose stories display both diversity and conformity: diversity in their context, background, and social place, and conformity from working within a social consciousness that seeks economic reform within the existing economy.

The interviews add practical breadth and also sharpen and narrow the ideological frame of the main argument. The main argument resides in adding to our internal and social conversation about money — how to make it, how to use it, how to invest it — for purposes that align with both our individual and social values. This intended conversation is meant to be “generative” of change, not “prescriptive.” In this lies both the strength and weakness of the book — it provokes many questions and avenues of thought, but does not lead you by the nose into any single, probable dead end.

What the book does really well is reflect on what many activists within the environmental movement have done in real time about corporate greed and ecological destruction. They have accommodated profit-seeking as an interim goal within their practice of developing social power themselves. To what extent this is an unacceptable compromise is a conversation Solomon addresses very early on in the book, and even though his answer is essentially a variant of the “there is no alternative” idea of Thatcher’s heyday, it is done from a place of care rather than ideological derision.

In his intent of having a conversation that generates ideas, critiques, and extensions, he is firm about the value of practical alternatives. Solomon argues that there are practical ways out of the ecological crisis without the limiting baggage of ideology and purism. 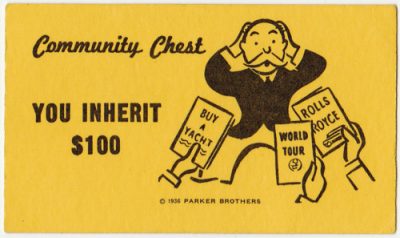 He notes that there will be a generational transfer of over $10 trillion from the baby boomer generation to their children in the next twenty years and that the growth of this money could pay for the $100 trillion needed for ecological and social repairs. Most of the $10 trillion is currently invested in conventional assets such as stocks and bonds that have little connection to the moral values of their new inheritors.

Solomon proposes that instead of “business-as-usual,” why not move this money into clean, green alternatives? Socially Responsible Investing is increasingly possible even if it is not yet quite as easy as it should be, and there is little shortage of projects and social ideas that could use an infusion of investment with the expectation that they may become serious profit-making enterprises in the future.

Solomon’s own life as a mission investor provides evidence that if people have access to serious wealth, that wealth can be redirected into social purposes without compromising its growth. Whether this philosophy works at the moment for smaller collections of savings or for retail investors is open to question, but rolling out these options for the retail market is part and parcel of the Clean Money Revolution.

Solomon’s ideas about re-rehabilitating capitalism and straddling the Faustian bargain between greed and social purpose is not entirely unique, but he provides a local perspective very much situated within B.C. and with ramifications that could be global.

Since the Global Financial Crisis of 2007-2008, other authors have also argued for the end of “business-as-usual” industrial policies. In Canada, Naomi Klein’s This Changes Everything (2014) comes to mind, while in the US, the establishment economist Joseph Stiglitz has penned Rewriting the Rules of the American Economy (2015), and from France has come Thomas Piketty’s empirically supported finding of inequality as a direct consequence of capitalism, in his Capital in the Twenty-First Century (2013).

While these other texts are robust interventions at the theoretical and systemic level, Solomon’s  The Clean Money Revolution is best seen as a complementary text, full of ideas and examples that can be implemented at the individual, personal, and community level. For those who are entrepreneurs, inheritors of wealth, socially responsible investors, and people interested in building careers that co-mingle their financial expertise with social purpose, this book will spark both ideas and possible local connections.

It might not lead to an entire revolution, but cleaner money is definitely there for the making.

Jawad Qureshy studied economics, geography, and education at Queens University and UBC. He lives in Vancouver.